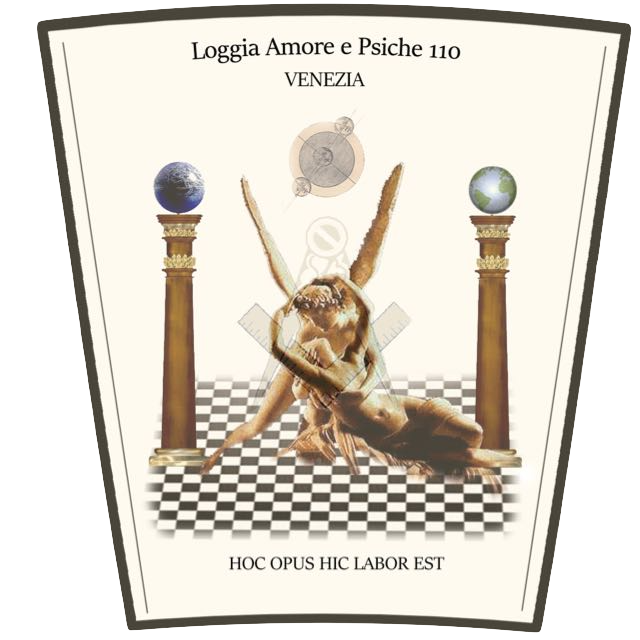 1993 was the year when the Italian political and social system collapsed and even Freemasonry, at that time mainly represented by the Grande Oriente d’Italia, had not remained uninvolved in this unusual as much as virulent Italian revolution.

In that moment of particular tension and necessity of new representatives, some authoritative brethren decided to dissociate from the lodges they belonged to and, joining together, they established the Regular Grand Lodge of Italy as the "sole, independent, undivided, responsible, autonomous and supreme authority over the whole territory of the Italian Republic for the governing of the degrees of the pure and antient universal Freemasonry". The new Grand Lodge had also identified its motto, which appeared inscribed inside the coat of arms: "iure veritati iuncti". Law and truth together.

Thus the history of the Regular Grand Lodge of Italy began, under the auspices of this binding statement.

A few days after, from the new Roman headquarters in via Flavia no. 72, the reasons of the establishment of the new Regular Grand Lodge of the Antient, Free and Accepted Freemasons of Italy were made public. "With the Regular Grand Lodge of Italy, for the first time in our country, begins the pure ancient Freemasonry, with the deep and justified belief that its principles have been definitively and irreparably violated, with the consequence that often Freemasons have acted on the basis of rules that nothing had to do with Freemasonry, in spite of that moral improvement that everyone has the duty to realize in the depths of his conscience. The truth is that when the fundamental principles that inspire practical behaviour degenerate, everything becomes possible. So the false perspectives, the deviations, the search of something that nothing has to do with Freemasonry originate. Instead, the project of a 'new Freemasonry' does not refer to a different Masonic doctrine, since everything in Freemasonry has already been written and nothing has to be invented, but this project is to know how to read the book of the authentic ancient Masonic tradition, having clear the sense of the return to the origins and from this constitutional choice come the obligations that morally bind all its members. However, going back to the origins is meant by the Regular Grand Lodge of Italy as being inspired by the Anglo-Saxon model of Freemasonry that from the beginning of the eighteenth century has spread around the world."

After the first period in which Professor Giuliano Di Bernardo, Professor of Philosophy of Sciences at the University of Trento, had been Grand Master, on the 15th of December 2001 followed the unanimous vote for the new Grand Master of the Regular Lodge of Italy, at the presence of the representatives of many worldwide Grand Lodges. The new elected Grand Master was Fabio Venzi, a Roman of Tuscan descent. He is a sociologist with interests in the field of historiography, he worked as historical editor of a series of essays for some publishing houses also in English and German.

In addition to the considerable and incessant international recognitions, many meetings have followed on the national territory. The Grand Master Fabio Venzi has always given his important and meaningful contribution to these meetings.

This new period was characterized by the inauguration of a great number of new lodges and by the consecration of dozens of temples in many regions of Italy; a great number of the foreign Freemasonry’s representatives participated in these ceremonies with the common intent to contribute to the shared project of a Freemasonry inspired by the traditional principles, but open and modern, bearer of moral aspirations but perfectly integrated and in communication with the whole society and its territory.